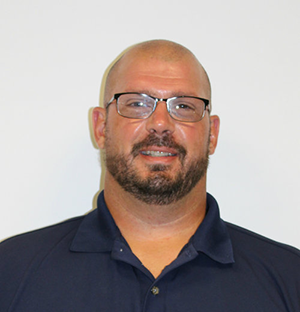 Coach Jim Tuso has been involved as a coach and instructor in youth and high school sports within the Kansas City Missouri Metro Area for the past 24 years.

Coach Tuso has also worked as a PE Instructor for Gordon Parks Elementary School which is a charter school within the Kansas City Missouri School District during which he planned and instructed curriculum for all the physical fitness classes at the school which included Kindergarten thru 4th Graders.

As a high school athlete, Coach Tuso was a 3 sport starter and an 8 time letter winner playing football, basketball and baseball all 4 years at Rockhurst High School. He is a member of the Rockhurst All-Time Football Team where he started at offensive tackle for three years for the Hawklets earning All-Metro, All-District, and All-State honors. After high school, Coach Tuso attended Iowa State University where he received a Division I Scholarship participating in the last year of the Big 8 Conference and first year of the Big 12 Conference playing offensive line for the Cyclones.

Aside from his own personal playing experience, Coach Tuso has been involved with coaching youth, middle school and high school athletes since 1999, Tuso has coached youth football since 1999 and was an offensive and defensive line coach at the high school level for Central Academy High School, Oak Park High School, and North Kansas City High School.